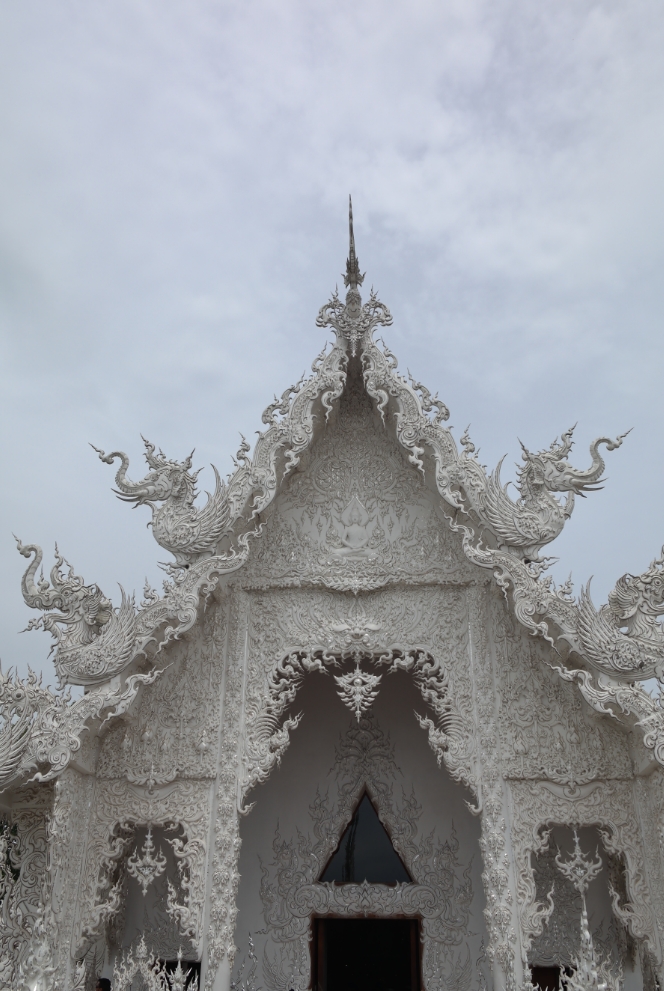 Keeping our base in Chiang Mai, we decided to take just a day trip into Chiang Rai and the highlight had to be the White Temple, or Wat Rong Khun.

Matt: After touring temples in Asia that have thousands of years of history, when I heard that the White Temple was newer, I was thinking a hundred plus years old. However, I was completely mistaken. The project itself is actually a full complex sprawling over several acres and this temple is just one piece of the puzzle. The work began in the ’90s and by the time it is completed, which is projected to be 2070, it will be a whole series of temples and buildings all with different themes and takes on the Buddhist religion. 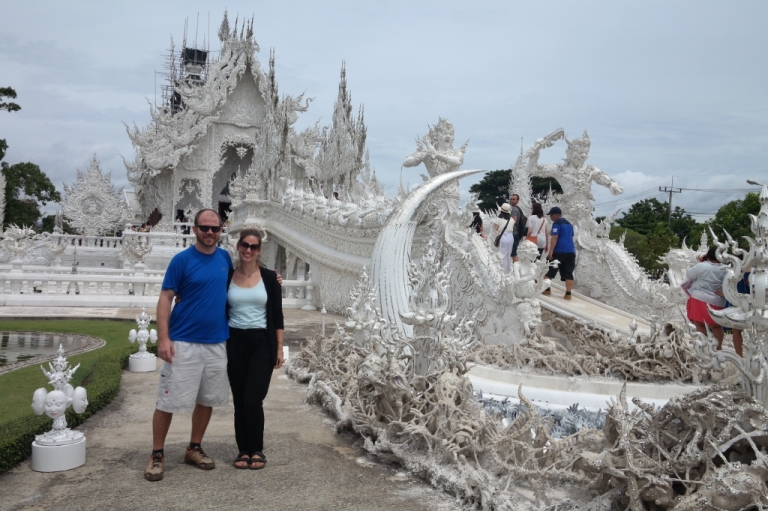 As it stands today, the one completed temple is something completely out of this world. This gleaming white beacon rising out of the ground is a complete and utter change from any other temple we had visited.  It combines old concepts with a modern take on life, death, and rebirth.  While the outside was something to be seen for sure, the inside (where no pictures were allowed) was certainly something to behold as well.  The far wall, painted with an image of Buddha, had more typically Buddhist statues, the side walls and front were totally different. They had pop culture icons from the last 30 years scattered over an otherwise cosmic scene.  Super heroes and villains of all kind existing in sporadic order all over the place.  It was a very surprising take on the religion for sure.  I think with the tremendous task of trying to mix ancient religion into modern day tourist attraction, they actually have done a fairly decent job of it, and hopefully one day I can see it again, a little closer to its’ completion.

Emer: White and gleaming, from a distance it looks like something out of a fairytale. Dragons along the outside stream shoot water from their mouths so strong it resembles fire. Hands grasp out from the ground, gnarly gargoyles glare out, plant holder heads depicting Wolverine and Maleficent hang from trees, Predator reaches up from the ground; it was like something out of the wild imagination of a child who watches lots of action and horror movies.

Stark contrast to the lack of colour on the outside, the inside is painted in bright, rich colours. Alongside Buddha and monks are pop culture images: Teenage Mutant Ninja Turtles, Superman, Neo, Hellraiser, etc.

Surprisingly, it was not as large as I’d assumed based on pictures. What was not surprising were the amount of people flocking there to see it. Evenly spaced out around the grounds were guards with loudspeakers insisting people keep a steady flow and not block traffic by taking a bazillion selfies. Least surprising, not many people listened. However, I did, and therefore had to go on a few laps to soak it all in. One day, I hope to return to do a few more laps. 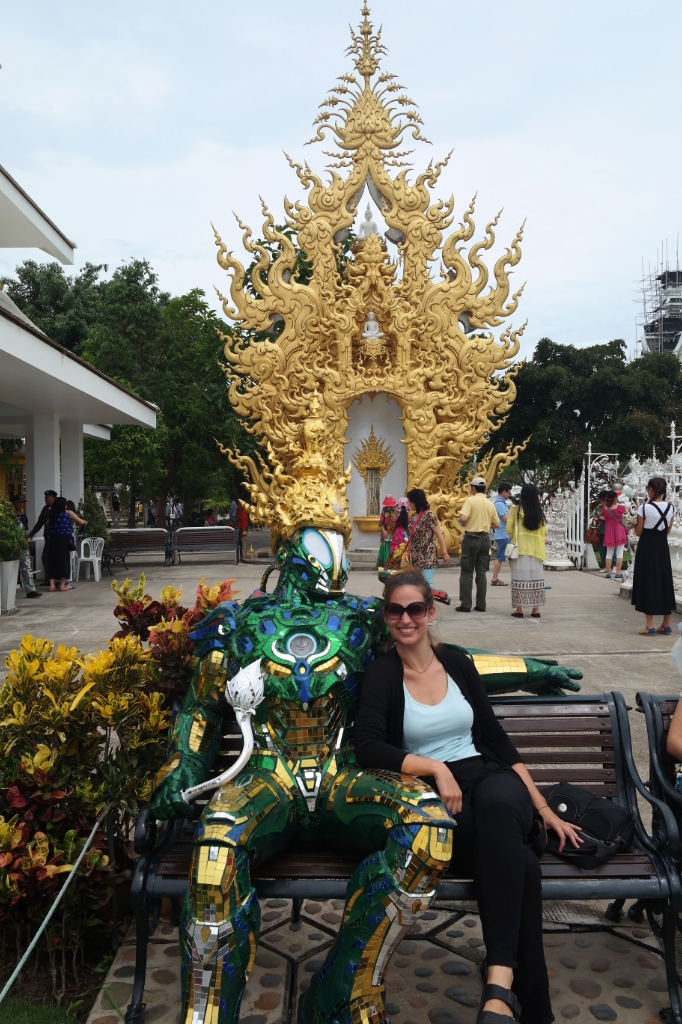 One thought on “Wicked White Temple”