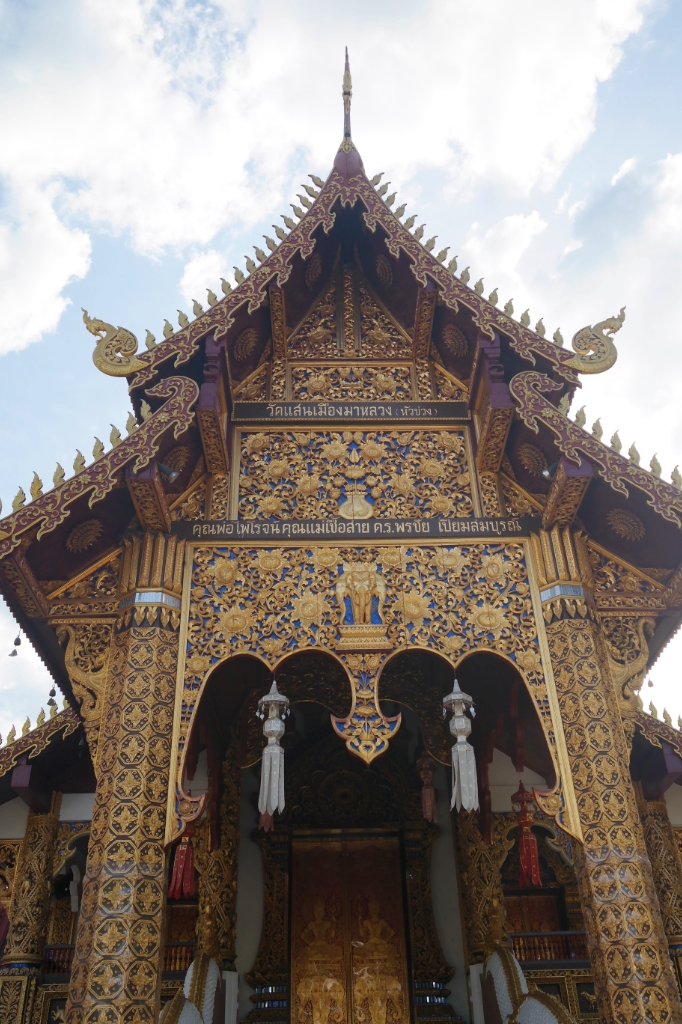 After Koh Sok we made our way North to Chiang Mai, which was charming, full of beautiful buildings around every corner.

Emer: From the South we took an over night train to Bangkok, where we had just enough time to buy our next full day train ticket, and experience the national anthem. At 8am the station came to a stand still – literally, everyone stopped what they were doing, stood up, and the national anthem played through crackly old speakers. 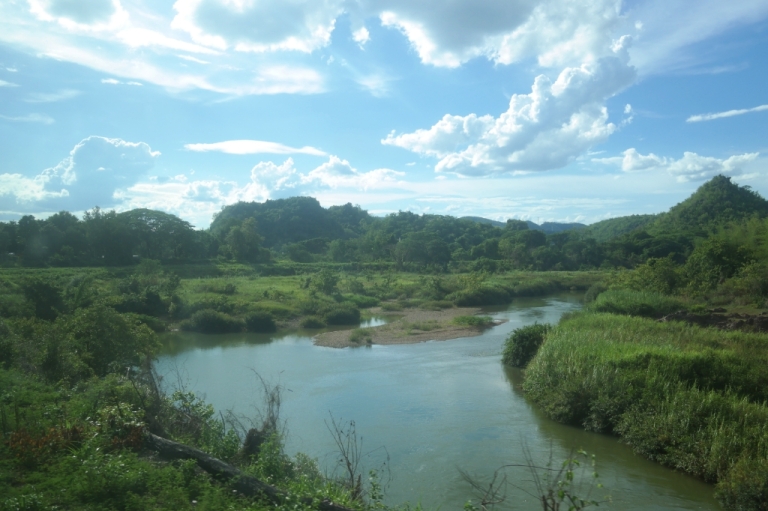 This next train leg was like a plane, it came with catering. We had water, coffee, snacks, and a mackerel meal. All while taking in the beautiful green countryside. 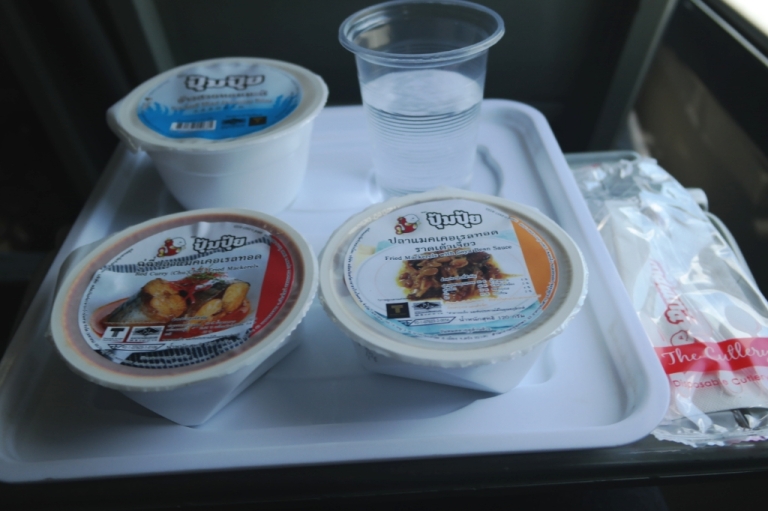 We stayed at 9 Hostel, a really nice and new spot in the Old City. It was in a great location and had good deals for booking day trips and onward transportation. The hotel itself was quite nice, though with cement walls, ceiling, floor and only a fan, our room became a bit of a sweat lodge. But that wasn’t too too bad because we weren’t in our room all that long. There is just too much to see outside! The Old City is jam packed with temples around almost every corner, making wandering around a real treat. 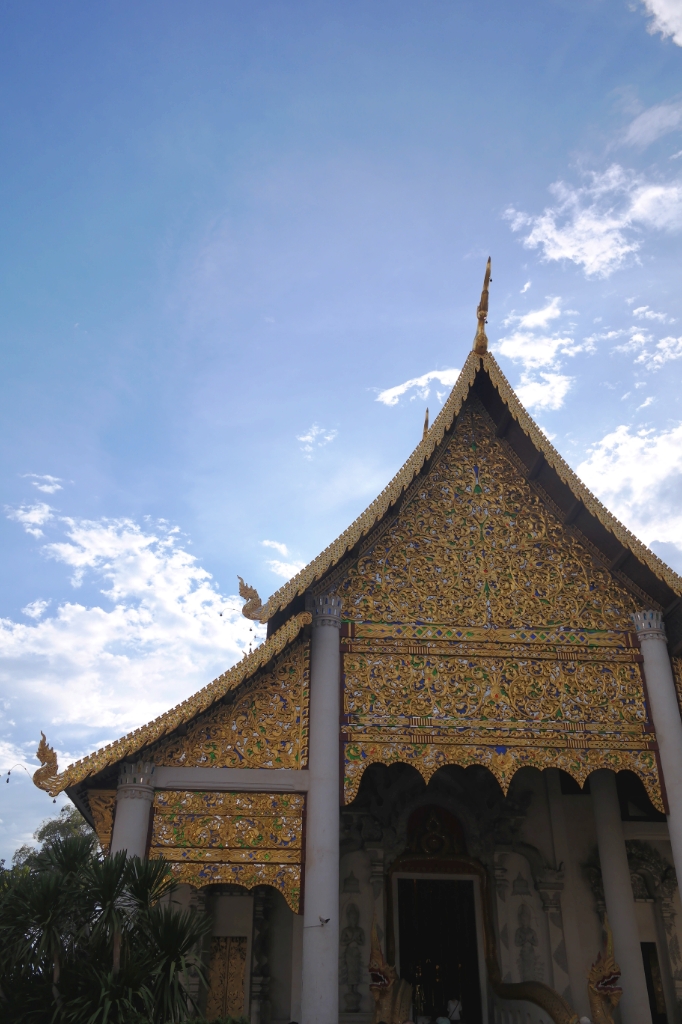 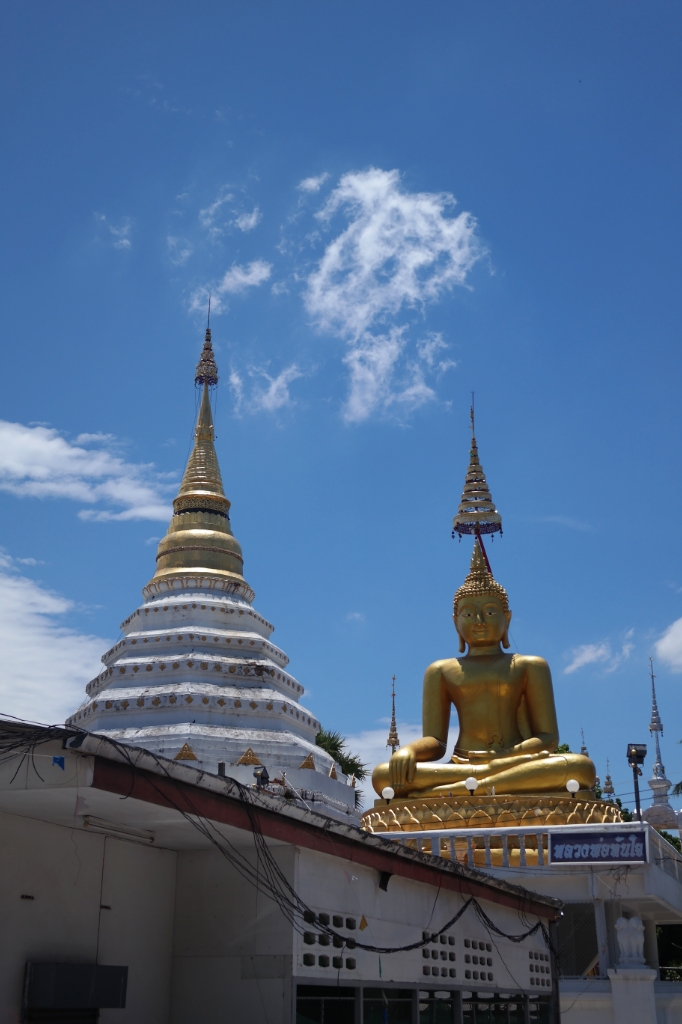 Another treat in Chiang Mai was that I had my first taste of Burmese food at The Swan, and it was delicious! 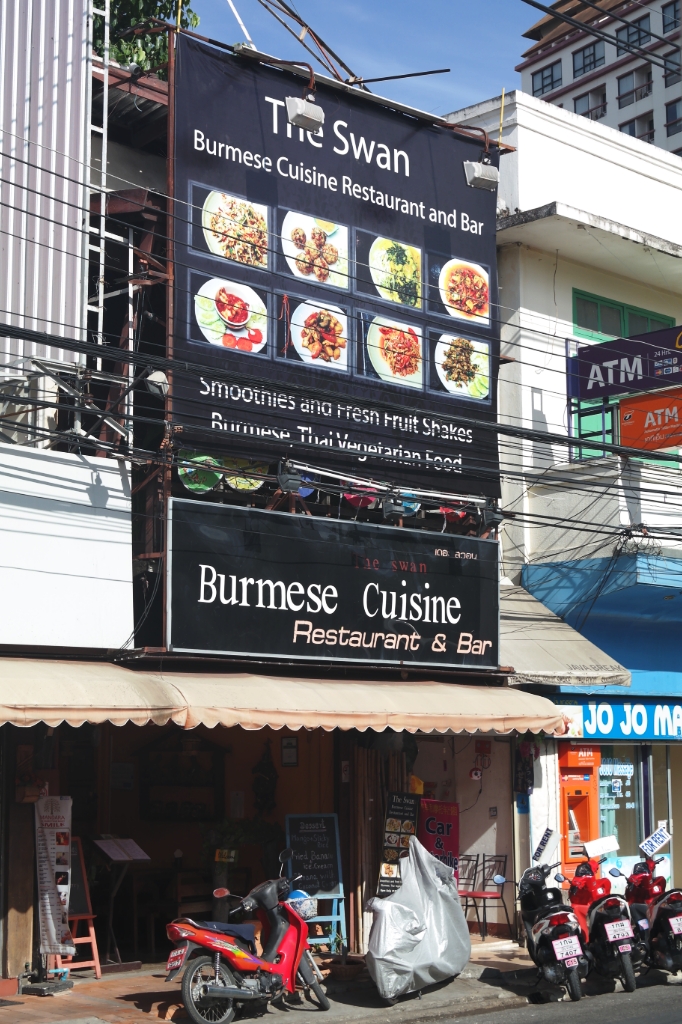 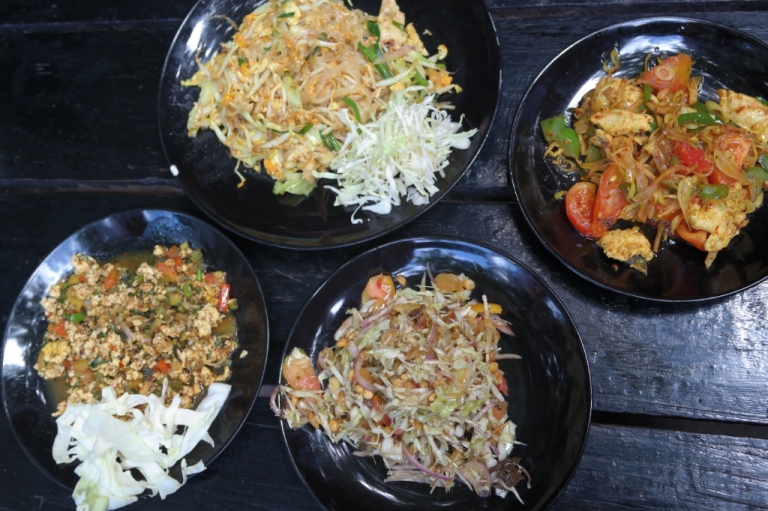 And yet another treat was having our hands down best foot massage of the whole trip! True reflexology. At Pranom Health Massage, we were both in relaxation heaven. At the end, our legs were almost too wobbly to walk after…total bliss.

Matt:  After another back-to-back marathon of train rides, we found ourselves in Chiang Mai.  As we stood, determined not to get taken where a cab driver wanted to take us but figure out where we wanted to go first, the next thing we knew we found ourselves being escorted into the back of a cab-style truck and taken where the driver suggested.  As it was late at night, we gave up our resolve to figure out it on our own and went with the flow.  And, for a change, we were actually really happy we did!  It was in the back of this open backed truck cab that we met an awesome couple named Austin and David. These two had, at that point, managed to make their world tour last and it was just over two and a half years since they had last stepped foot in North America.

We spent some time over the next couple days exploring and sharing some meals together. I think this was Emer’s favourite part of making friends, as she now had four plates to try from instead of just our regular two. I thought it was great to exchange stories of places we had been and laugh about similar joys and frustrations (especially Hampi!) and also get tips and ideas for future  adventures.  While we had a great time with them, though we did seem to have one big disagreement (and no it wasn’t the Canada vs USA debate).  The disagreement was about how awesome all of the elevator/lounge style cover music was that seems to be played all over Asia.  It seems Austin and David had grown quite tired of it (maybe the reason why they went back to the USA days later), meanwhile Emer and I found ourselves loving it more and more.

The only other downfall to meeting this couple was it gave Emer a serious case of travel-blog envy, which in turn has caused her to get on my case about learning to edit videos (sorry blog followers, I’m not quite there yet). To check out some of their stories, the site is Fodenvensel Studios. And we recommend you check it out, it’s quite cool! 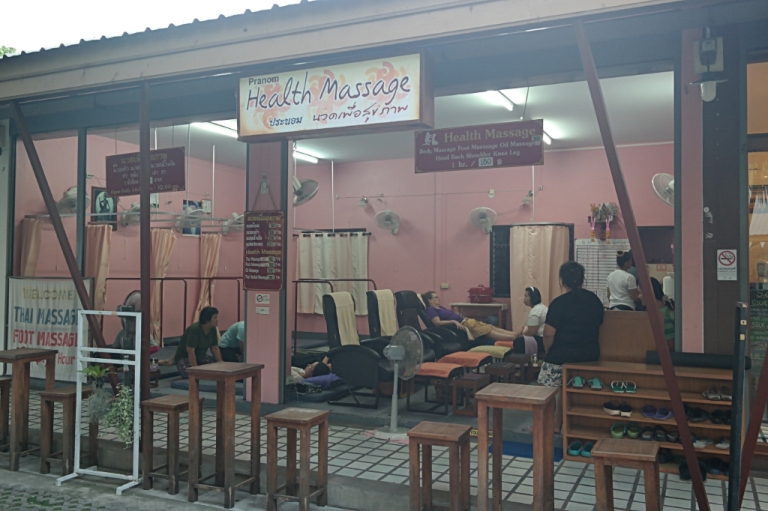 Apart from the great company, Chiang Mai was a great place I’d like to revisit one day.  The “old town” is a square section of the city surrounded by cannals and has a fun vibe to it.  We also had the best and also the worst foot massage ever there.  I would say that it was the worst because it was so amazing and so cheap that it ruined all other massages for me from then on.  Just before it started, I had punched in their wifi code and planned on catching up on internetting while getting my feet rubbed.  Then as the woman knelt before me, she turned and bowed towards the Buddhist shrine in the corner, and then again towards me.  At this point in time I knew I had to put down my phone and give 100% of my attention to the job this woman was about to do on my feet.  It was amazing, actual reflexology, very specific pressure points with a thin wooden poking stick, such care and attentiveness.  Cheap Asian massages were never the same after that (though I still did try a couple just to see).