M: One of the great things about Ao Nang is it’s access to all the amazing and remote islands that you can boat hop too.  The only catch is that the boats you have to take are these long thin boats where the prop of the motor is at the end of a 15 foot extension out behind the boat.  They make for quite the experience as they rock and tilt and bob their way through the waves.  One thing we had not counted on was the incoming waves creating quite the splash, and it seemed that every wave was directed really at only one seat: Emer’s. At first, I felt really bad for Emer, but due to the extremely choppy seas, it was not possible to switch seats.  As one wave after another hammered it, it was hard not to laugh… and, thankfully for me, Emer laughed too. 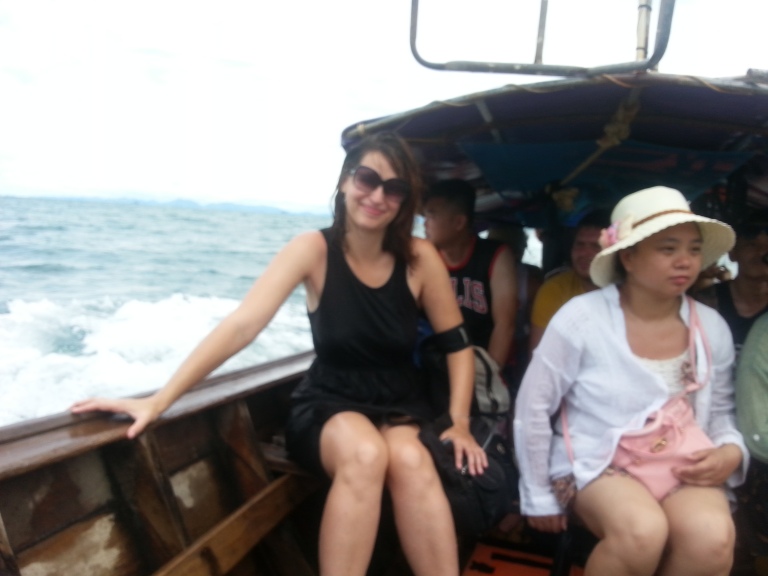 When we arrived at Railay Beach, it was a relief to be off that boat.  To add to the amazing feeling of being off the boat were the amazing cliffs that surround the beach and really reminded you that you are in paradise. Not an island, Railay is a part of the mainland only accessible by water due to these spectacular cliffs. 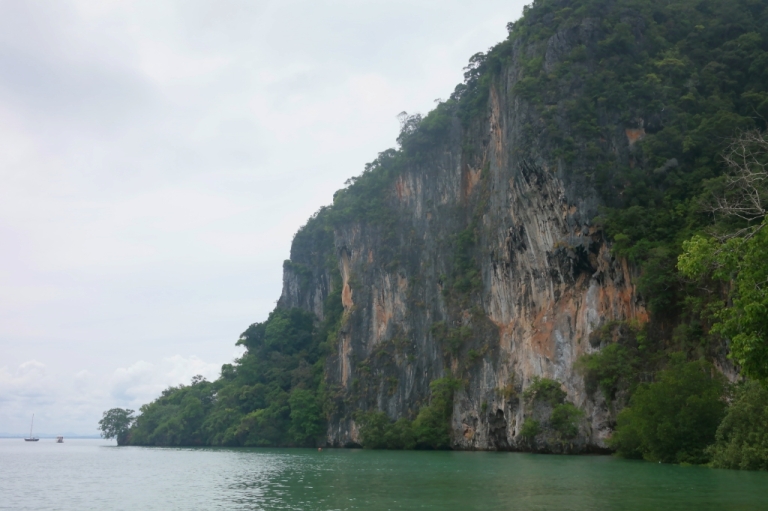 After settling in for the night at a nice remote jungle hut, we were feeling refreshed for what was to come the next day… or so we thought…

We set out the next morning for a lagoon my brother had told me about.  He mentioned how beautiful and amazing it was.  He also mentioned that there were a couple small sections that you had to use a rope to assist the decent in a couple small areas. He even went on to say that he witnessed an eight-year-girl and her 70-year-old grandfather climb their way out of the lagoon and so it couldn’t be that difficult.  He may have downplayed the difficulty of the climb, but he certainly did not down play the beauty of it all.

E: Ohmygod. The lagoon. That was an interesting adventure that eventually became one of my favourite highlights of our whole trip. But it took distance to realize that. It involved steep climbs, conquering of fears, and allowing myself to be pushed out of my comfort zone just far enough.

The first gulp came when the path to the lagoon led us to a steep side of a cliff with rocks and ropes to help clambering to the top. That first feat was so harrowing we thought it best to start with the view point in case we were too tired after the lagoon. And I’mso glad we did, because it was beautiful…

…and we were accurate in thinking if we didn’t hit it first we wouldn’t go. And that leads us to the second and super scary feat of climbing down into the lagoon. This consisted of three sheer drops down slipper rockface with hardly any hand and foot holes and frayed ropes. By the time we got to the first drop we’d already slid and slipped our way through mud, ensuring my shoes were so slippery there was zero traction. There was a huddle of girls hemming and hawing, debating if the seemingly treacherous trek was worth it. The fact that they decided that no, it wasn’t, did not inspire confidence in me.

I was terrified to the point of hot angry tears and cursed and swore…but with encouragement from Matt, I persisted. And I am glad. It. Was. Awesome! The cool turquoise water glimmered in the sun and off the surrounding rock enclosure. We had this little slice of paradise all to our selves and it was magical. That place is etched in my mind as a wonderful memory, one I hope stays vivid forever.

Of course I didn’t actually admit that for a while. Not til after my heartbeat slowed down to normal, the tears dried, the mud caked all over my body was washed away, and the big bottle of Chang was empty. 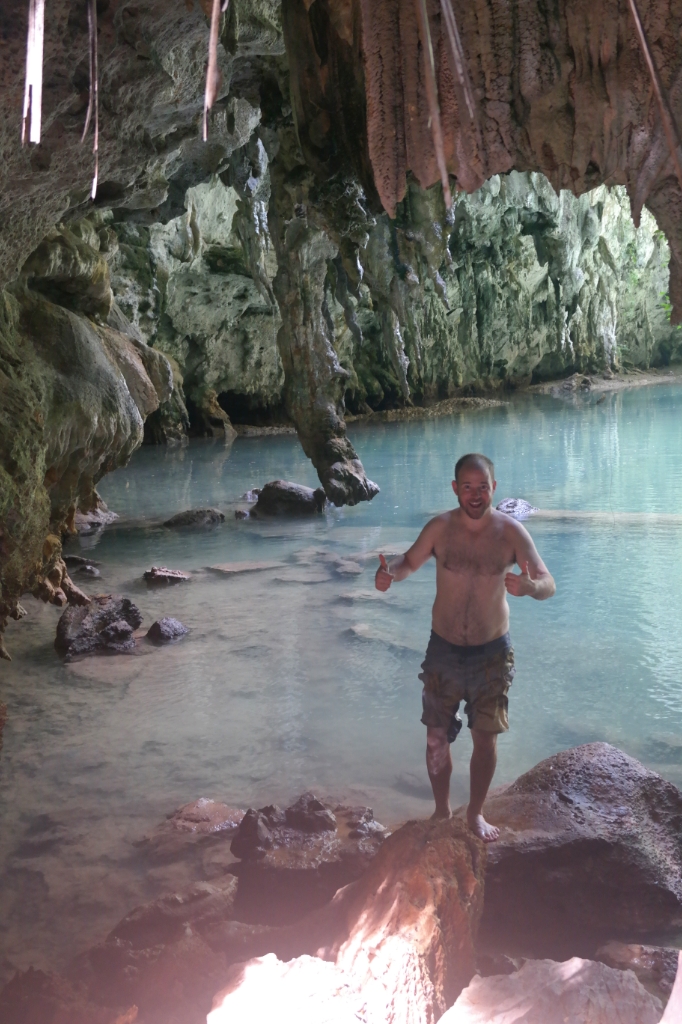 One thought on “Railay’s Magical Lagoon”