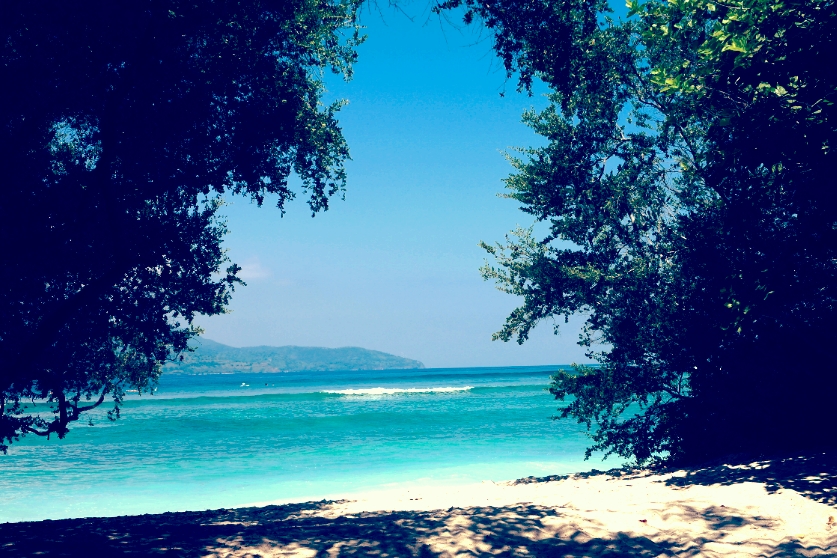 After a fantastic time in Ubud, we were all a little sad to leave our temporary home of Ubud Green and move on to Lombok. But we’d heard nothing but rave reviews so thought it was too good to miss…

Matt: Ahhh what to say about Gili T… It’s the kinda place that I would have liked to visit in my younger years on a different trip.  We had been told it was a relaxing, laid back island with beautiful scenery.  What we found couldn’t have been much farther from the truth.  I think the introduction to the island got off on the wrong foot as none of the three of us (myself, Emer, and my mother Jenny) woke up on our travel day feeling great.  I had originally thought we were all just a bit hung over (and maybe I was…we found amazing passion fruit mojitos in Ubud), but it turned out the women had some stomach issues that were a little more long lasting than a hangover, unfortunately.  So not feeling our best, to arrive at this party island to a hotel (Scallywags) that was advertised as “just off the main strip,” which couldn’t have been more on the main strip if it tried, was a little disheartening.  I think the first thing that tipped me off was the signs in the hotel that said “No happy hour, just happy endings!”  I do believe I heard Emer breathe a sigh of relief that this hotel was not her pick. 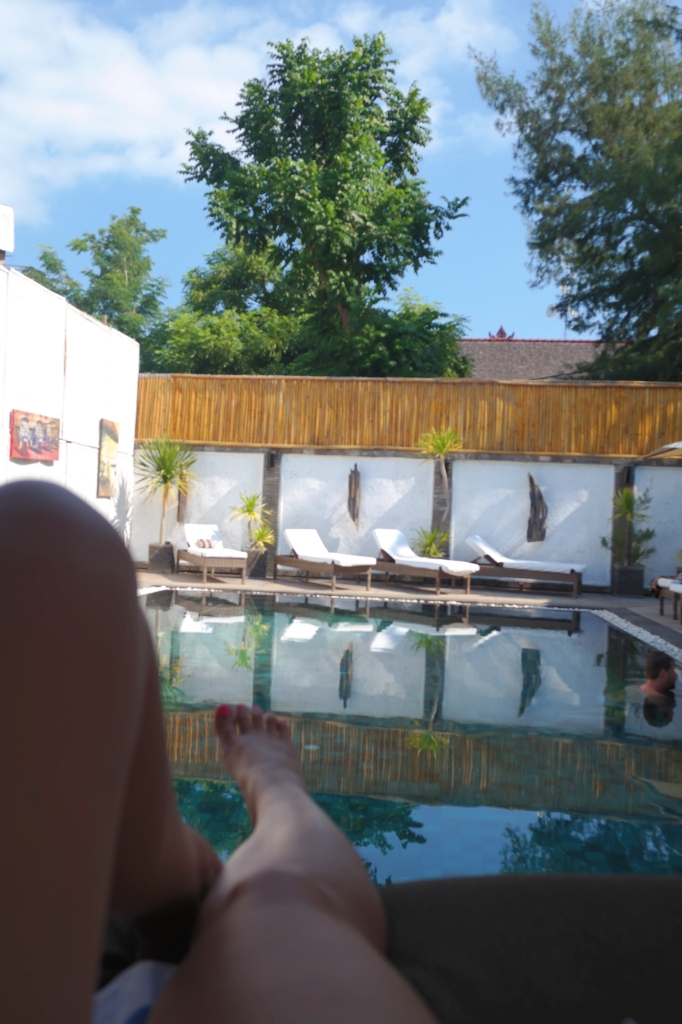 The strip was pretty lively and seemed to wake up more as the hours got later.  The drink prices were cheap and the crowd all seemed to be in good spirits.  The bars offered nightly beer pong tournaments where you could challenge the locals or other travelers for some drinks.  One bar even had an international skulling tourny going.  The rules were you had to chug a beer in under a minute to get a point for your country, and if you could manage three beers in under a minute, you’d get five points!  I was a little disappointed I didn’t put a few back for Team Canada, but when I saw they had won the event even without me, I felt we were well represented.

Unfortunately the team as a whole was not up for this scene, and the very helpful Scallywags front desk managed to change our reservation to their sister villa back on Bali and we moved on.  As a consolation I had a beer on the boat as I watched Gili T disappear beyond our wake.

Emer: I was sick. It sucked.

One thought on “Good Grief Gili”