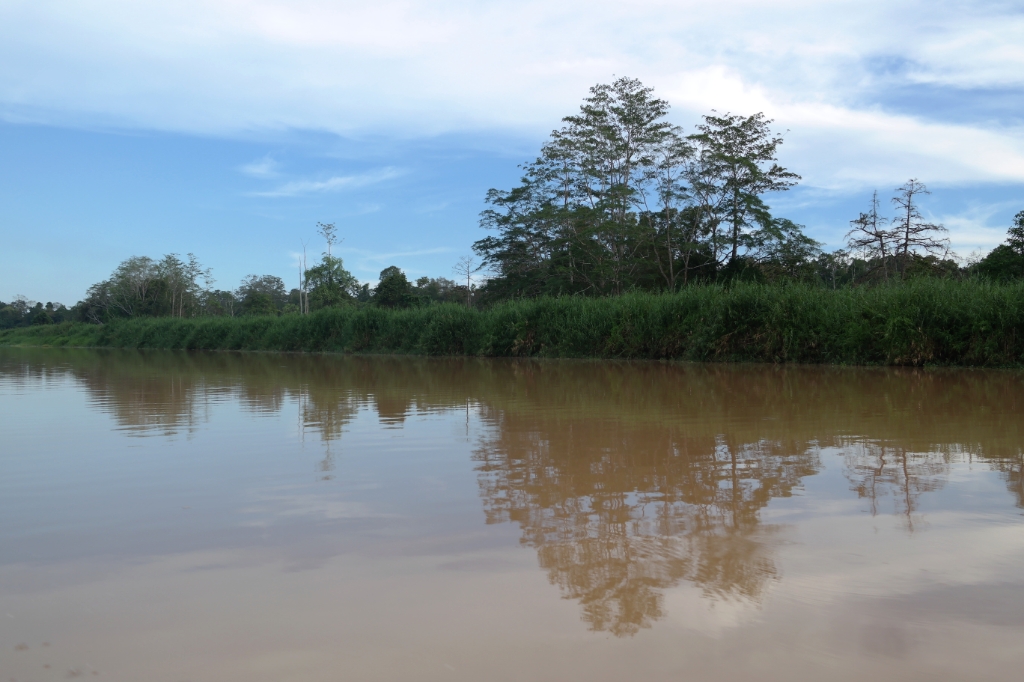 Kinabatangan River, a name that’s fun to say and a place that’s known for wildlife spottings. Travelers and tour guides said it’s a location to leisurely cruise along the river and see animals on the banks going about their everyday business. We’d just been having a wonderful time seeing nature on land in Kinabalu Park and Sepilok, so why not give water a go? 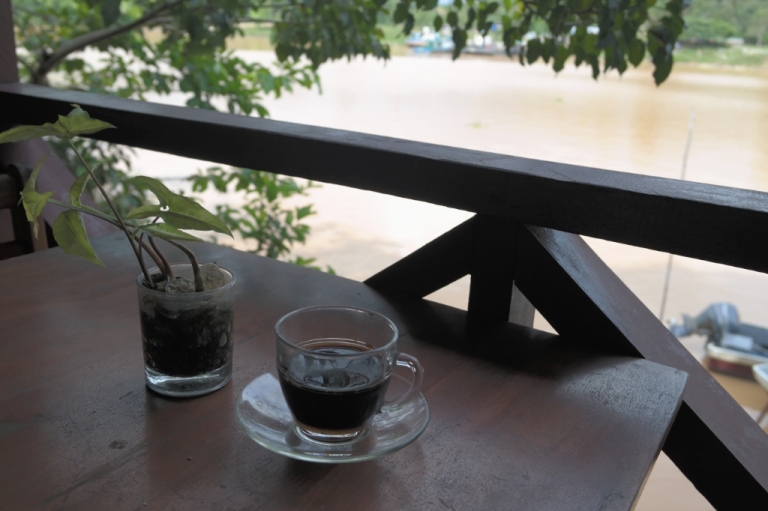 The river is a warm, chocolatey mud colour (reminiscent of Willy Wonka’s river, but assuredly not as tasty). 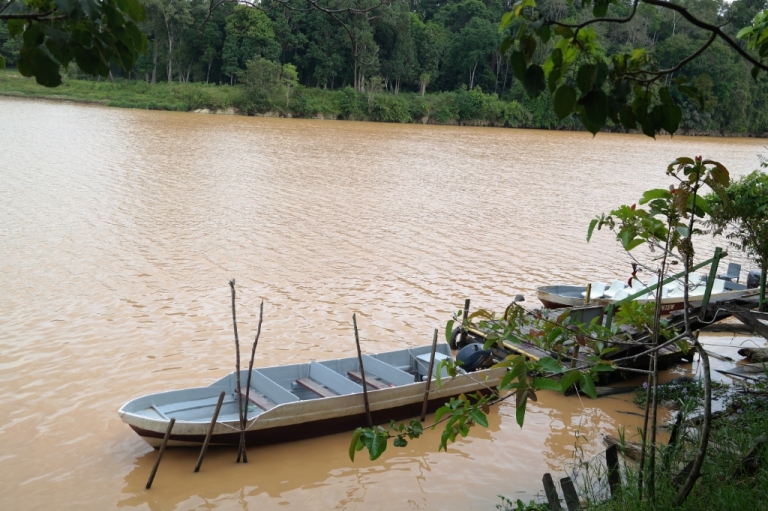 We were so very, very fortunate. After having been warned that there was no guarantee to see animals, and prepping ourselves for a number of boat rides to hopefully see at least one cool creature, we hit jackpot. On our first cruise around the river, right before sunset, just a few hours after we’d arrived, we ticked off everything on our wish list. First up were not one, not two, but well over a dozen pygmy elephants flanking either side of the river. Pygmy is perhaps misleading because they still seemed rather large(except for the adorable baby elephant). Even a heavy bout of rain didn’t deter our enthusiasm for the trunked beasts. 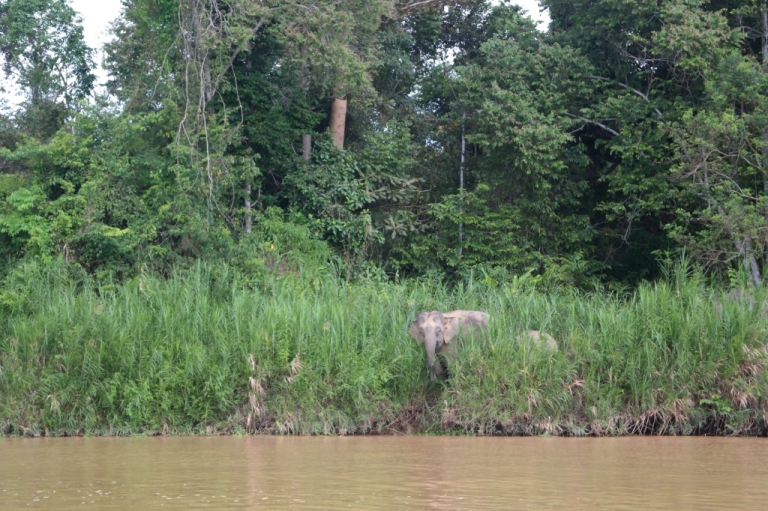 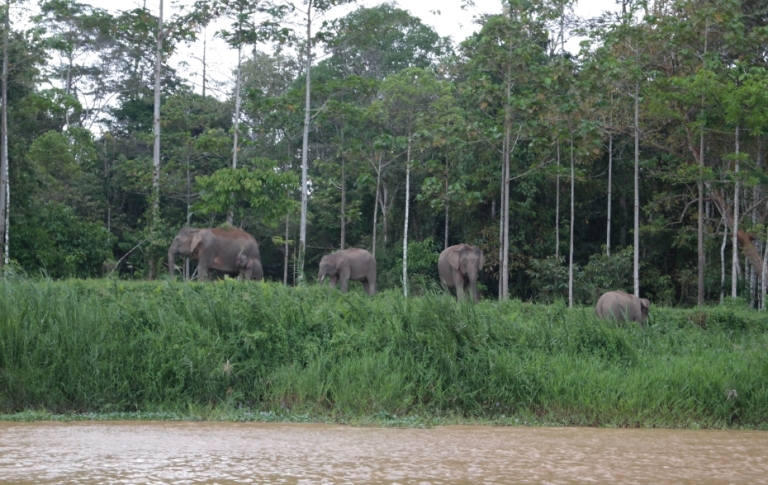 After we’d had our fill, we went around the bend and down a narrow stretch of water to be up close to a snake (this was not on my wish list, but kinda cool nonetheless, mainly because it was coiled up and looked like it had zero intention of moving). The stillness of the snake was in complete contrast to the active group of monkeys jumping around just beyond it. We watched as they bounded from limb to limb and tree to tree. 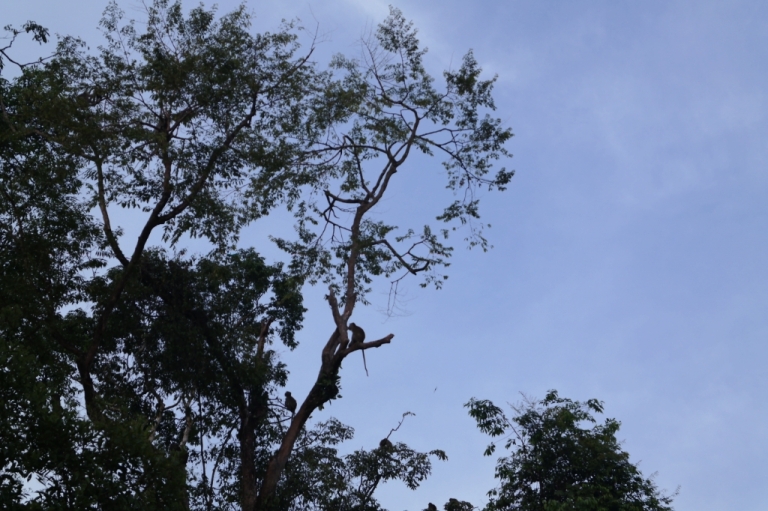 As we turned around to go back, someone spotted something moving in another set of trees. Upon closer inspection it was a mass amount of proboscis monkeys – the main thing I wanted to see. These are some of the funniest creatures looking like something from the imagination of Jim Henson. Large honking bulbous noses, pear shaped core, and a pattern that makes them look like they’re wearing a jacket. I was ecstatic! 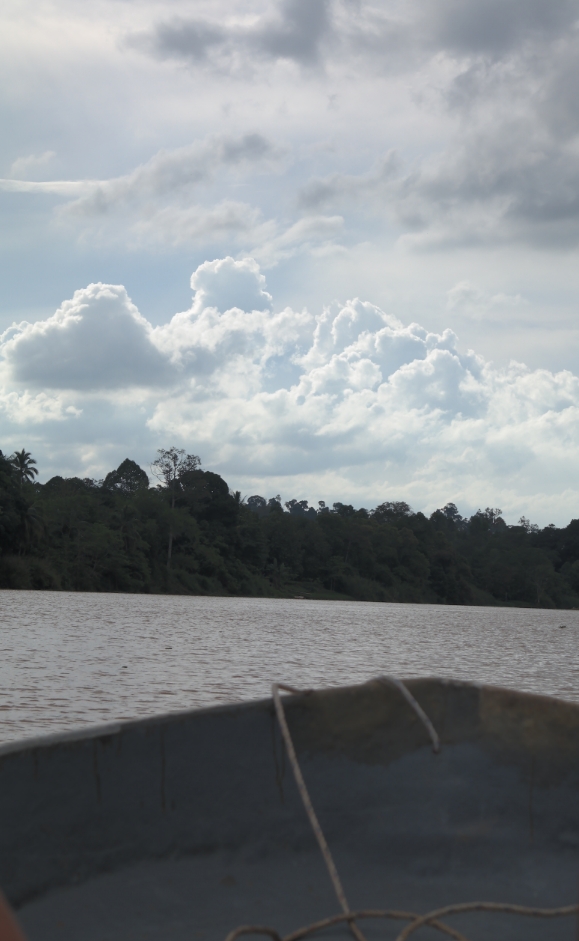 With big beams on our faces we returned to base with a beautiful sunset that transitioned from gleaming white to burning orange and purple. A super surprising and successful sunset cruise that was our first, and because it achieved everything we came to Kinabatangan River for, our last. 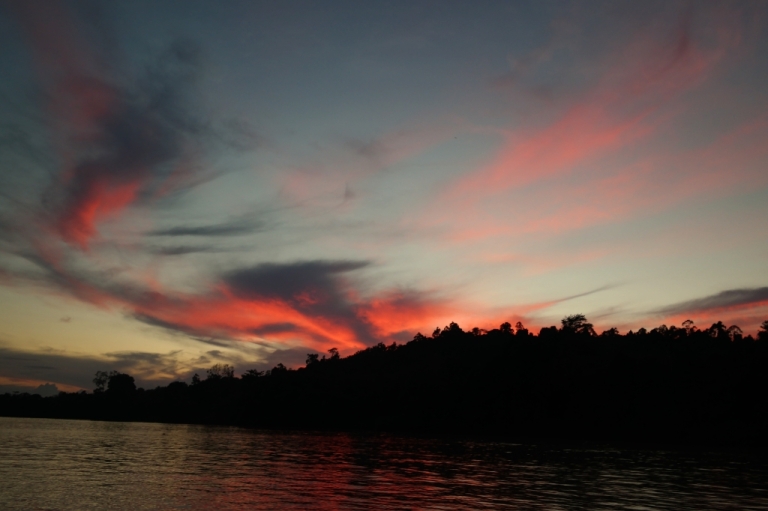 One thought on “Successful Sunset Cruise on Kinabatangan”