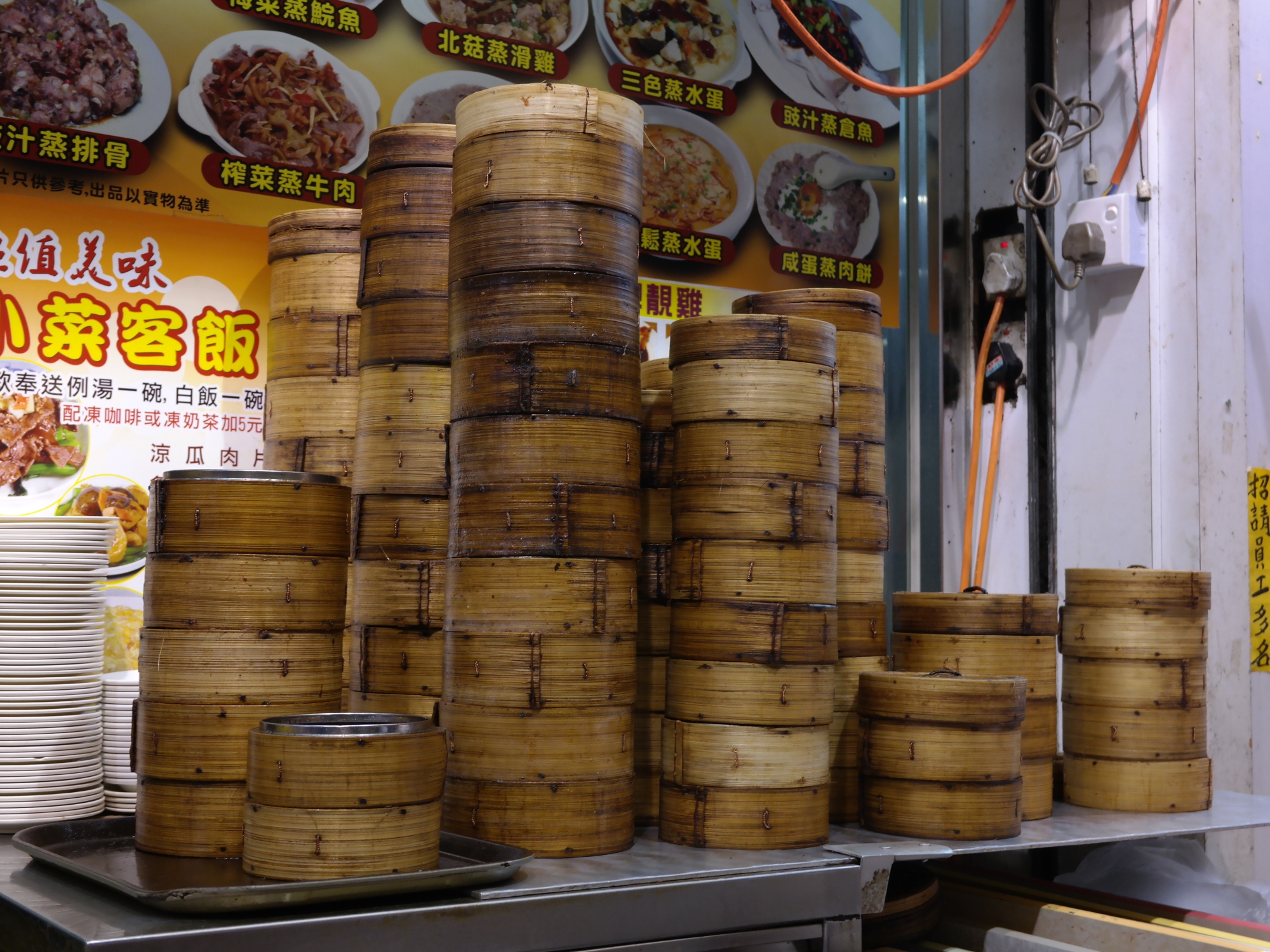 Eating as much awesome Asian food as possible was a priority during our time in Hong Kong. Luckily we were staying with a friend who enjoyed good food as much as us and she made sure to take us to top scrumptious spots.

We did dumplings a few times but by far the standout place was the Michelin Star Din Tai Fung. My favourite was the dumpling that had soup inside. It was a little bundle of deliciousness. The menu is almost overwhelmingly extensive so it was great to have an expert who did all the ordering for us. 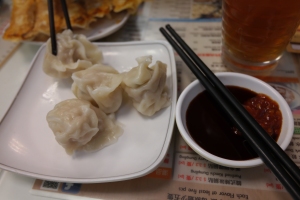 Just thinking about it is making me hungry for hot pot! We had an amazing feast at Four Seasons Hot Pot in Causeway Bay. The bubbling broths (I liked the spicy one best) quickly cooked the array of meat, noodles, and dumplings. Plate upon plate upon plate of thinly sliced meat were eagerly devoured. Definitely recommend this for a big group and it doesn’t hurt to have a pro who speaks Cantonese. 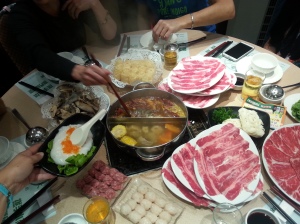 Another option we ate often – and while among the places we dim summed was Tim Ho Wan, famous for being the cheapest Michelin Star restaurant, it didn’t stand out beyond the other not-as-infamous, loud, frenzied family restaurants. I’d reckon anywhere that’s packed and looks hectic is probably a good bet.

Down a sketchy looking alleyway near the bottom of Lan Kwai Fong lies a hidden gem, Brickhouse. Tall stools with candles line the outer area, while graffiti and warmth and a large bar lay in. We found it on our last night and only sipped on some of their tasty cocktails, but next time in town we’ll sample their Mexican fare and hope it’s as good as the ambiance.

Bakeries are everywhere, even in subway stations, so many bread-based snacks were consume. While I am a huge fan of steamed pork bun, and did have some good ones, the best bread item was oddly a peanut butter sandwich. The bread was perfectly light and the ratio of peanut butter to bread was spot on. There was no crust and the edges were pressed together to from a fluffy pocket. Just delightful.