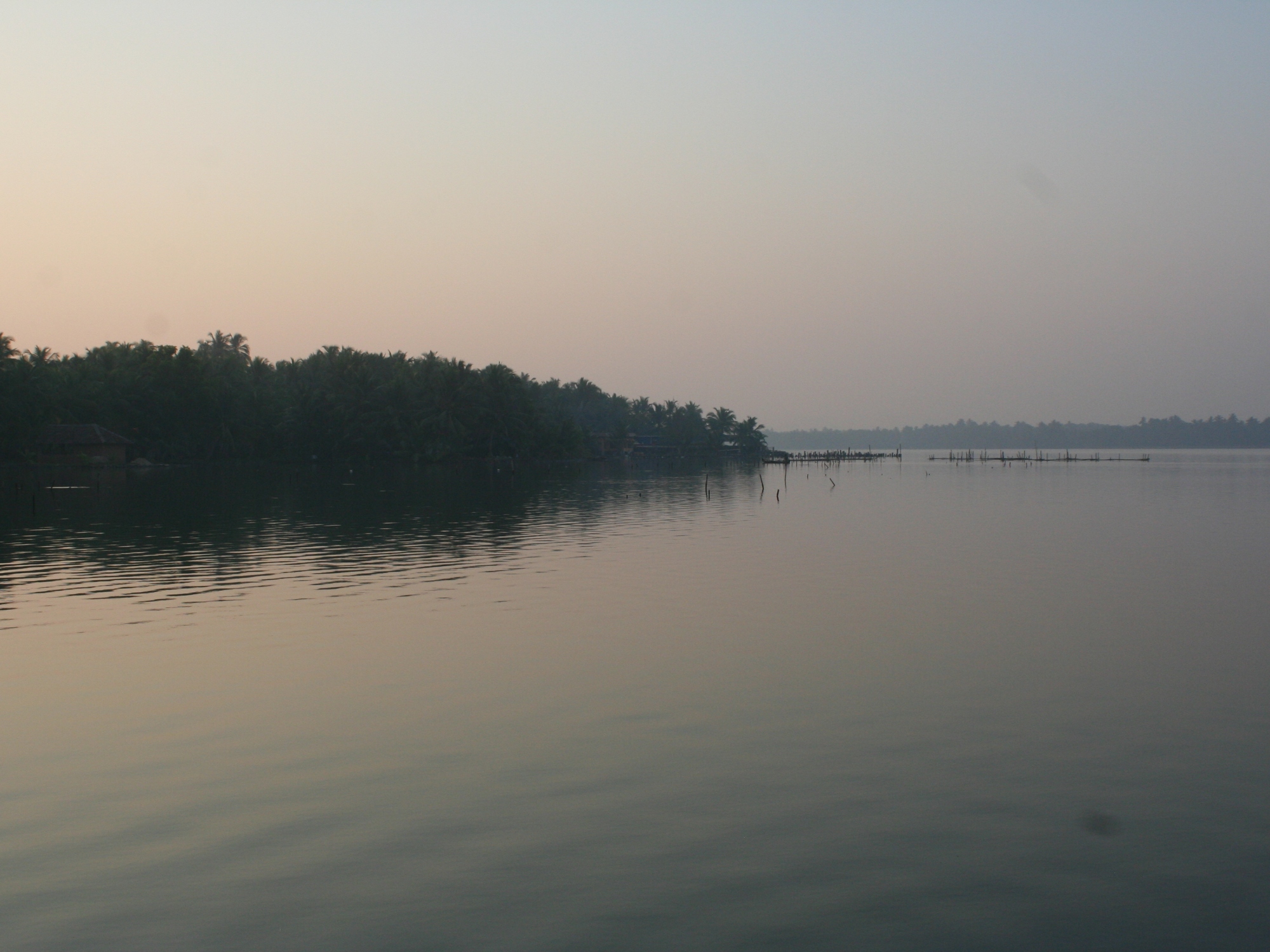 Kerala Backwaters were something that began being hyped before we even entered India. Described by many as a “must do”, we diligently added it to our list. In India, however, almost everyone we encountered who had done the popular Alappuzha to Kollam route said they didn’t think it was worth it; over crowded waters and over priced fees.  One couple described the experience by saying “Indians drive their boats like they drive their cars, lots of horns and aggressive over-taking for every inch.”  They then went on to tell us about their boat-on-boat collision. Torn between differing reviews, we opted for compromise with the more remote region of Valiyaparamba. It was so remote, none of the rickshaw drivers knew how to get there. But eventually, after a lot of stopping for directions and phone calls for further directions, we found Oyster Opera houseboats. It was serene and surreal. Only one other houseboat on the waters (a grandiose multi-level vessel), a few canoes with fishermen, and the rare ferry. 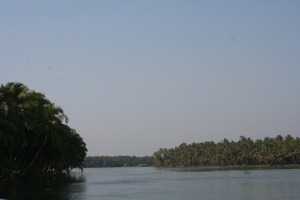 Much of the scenery was the same – palm trees, palm trees, and more palm trees – but repetitiveness did not detract from the beauty. The tranquility was heightened by the quiet – a refreshing change from the constant noise and honking in cities – making it an ideal way to decompress. 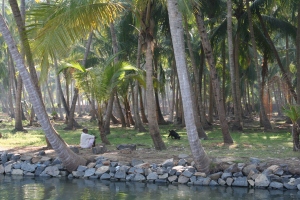 We literally had full feasts for every meal; a smorgasbord of delicious dishes enough to feed at least twice our number. The copious amounts of food and the fact that there were as many crew as there were passengers made for an odd feeling – being waited on. But once one let that go, full relaxation commenced. 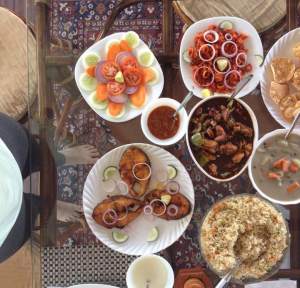 After a day of boating, swimming, unwinding, and eating, we dropped anchor and had one of strangest moments of all. Amid the peace save a few birds chirping and fish jumping, surrounded by lush greenery with no other soles in sight, we lay down on the deck and watched Liam Neeson kick butt in The A-Team.  While the choice of movie was more determined by the limited and somewhat odd list presented  to us, the surrealness of this experience certainly left us all in a calm blissful state.

It was serene, exactly what we needed – complete opposite of noisy hectic cityscapes. So if that’s what you’re after, this is the spot versus what we’ve been told are busy waterways. But, we’d advise to make the booking beforehand and to be sure of exactly where you pick up the boat – in fact, arrange pickup from train or bus station if possible. Then let everything else melt away while you unwind on the water.