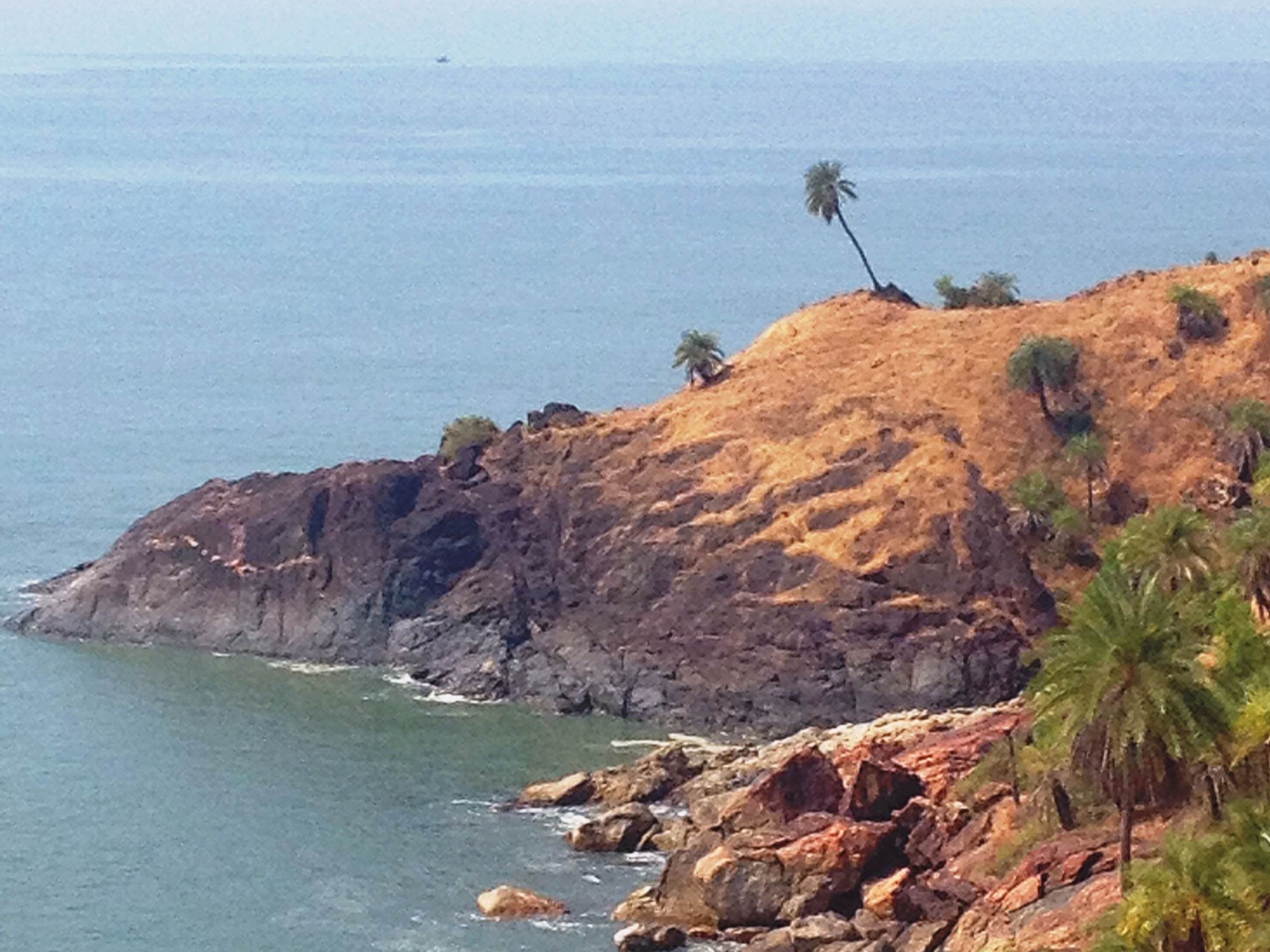 While Gokarna itself is a small city, the region consists of a series of beaches spreading south. We started our stay near the middle at Om Beach; three crescent coves with a perimeter of restaurants and attached guest houses.  These mainly consisted of dwellings ranging from rudimentary leaf-weaved shacks with nothing but a bed, mosquito net, and fan, to cement structures with adjoining private bathrooms. We arrived around 4:30am. It was pitch black. Sun wasn’t set to rise until 7am. So we flopped our backpacks on the beach, took out a towel, and watched the stars waiting for day break. 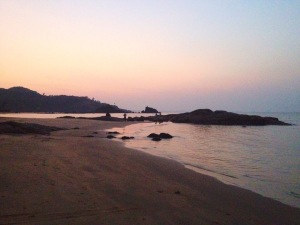 This was the first time we landed somewhere without a reservation – which had me nervous and excited at the same time. Once the sun’s rays crept out, fellow nomads began to stir and it was clear the race to find accommodations was on. Each place we passed we asked if there was availability, what the rate was, and if there was anything with an attached bathroom (while I’m not against the idea of roughing it and living true backpacker life, I’ve decided that at heart – and this age – I’m more of a champagne backpacker where communal toilets and showers are luxuries I don’t want to do without). It turns out finding a place wasn’t quite as quick and simple as we thought. Standing frustrated at the far end of the beach with no acccommodations to speak of, we struck up a conversation with a pair of fellow travelers. It was here that I learned the valuable lesson of not sharing too much. I mentioned to this pair that I’d read about a place called Nirvana, how it was rated as one of the best places to stay, and what a shame it wasn’t open yet to inquire. Well, they took off, walked right in, and scooped up the one and only available spot. Matt put up with a moment of disbelief, disappointment, and a wee bit of overtired cranky rage, then sent me back off to hunt again. Spotting other backpackers walk down a path I hadn’t noticed the first time around, I followed. It led to a quiet commune with hammocks swaying outside every door. It felt safe, nicely tucked away from the beach but without being too much of a trek. It was a perfect place to call home for a few relaxing days, and the best part was they had availability and the nice price of 600 rupees a night (about $12 Canadian)!

It was a few days of real R&R. We read in hammocks, sampled the selection of restaurants, watched tanned young Israelis play frisbee in the dead heat of the day from the shade sipping on lemon sodas, and hiked to the neighbouring beaches. 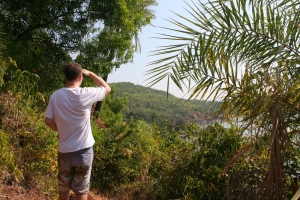 To the south lay Half Moon. Even less built up than Om and with a much calmer and quieter vibe, it was a nice to see but a little too remote for us. The nicest (and scariest) part was the trek through the jungle and along the cliff to get there. Unfortunately, just before departing on that trek we witnessed the devastating chaos of someone falling off said cliff behind us as we ate breakfast, so nerves were jittering. But with careful steps and the promise to turn back if either of us felt even the slightest bit of danger, we made it and soaked up spectacular views. 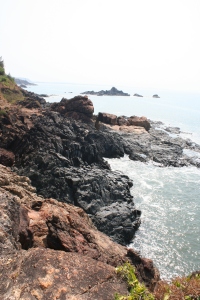 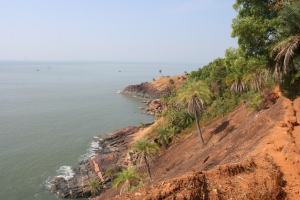 To the north through a slightly longer but much less harrowing hike is Kudle Beach (pronounced koodly, which means I keep wanting to call it cuddly). En route is a sweet spot called Shantidham with huts a little removed, tables sporting lovely views of the ocean, friendly service, free WiFi, and very nice food (my favourite cheese and tomato toast). Should we find ourselves back in this area, this is where we’ll look to stay. 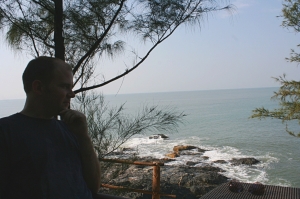 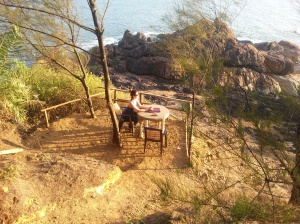 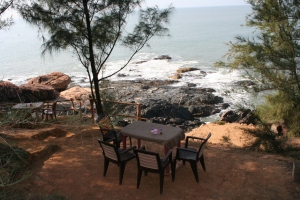 Up a series of steep makeshift “stairs”, through a stretch of forest, another of rock, and yet another path of rocks for stairs, we embarked on Kudle. Immediately it looked as if there was much more going on than where we’d been. More established, more variety of people, and more energy. About half way through our day trip we decided we needed to beach hop over to Kudle…so stay tuned for more on Kudle Beach… 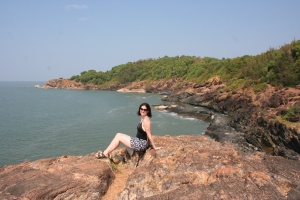